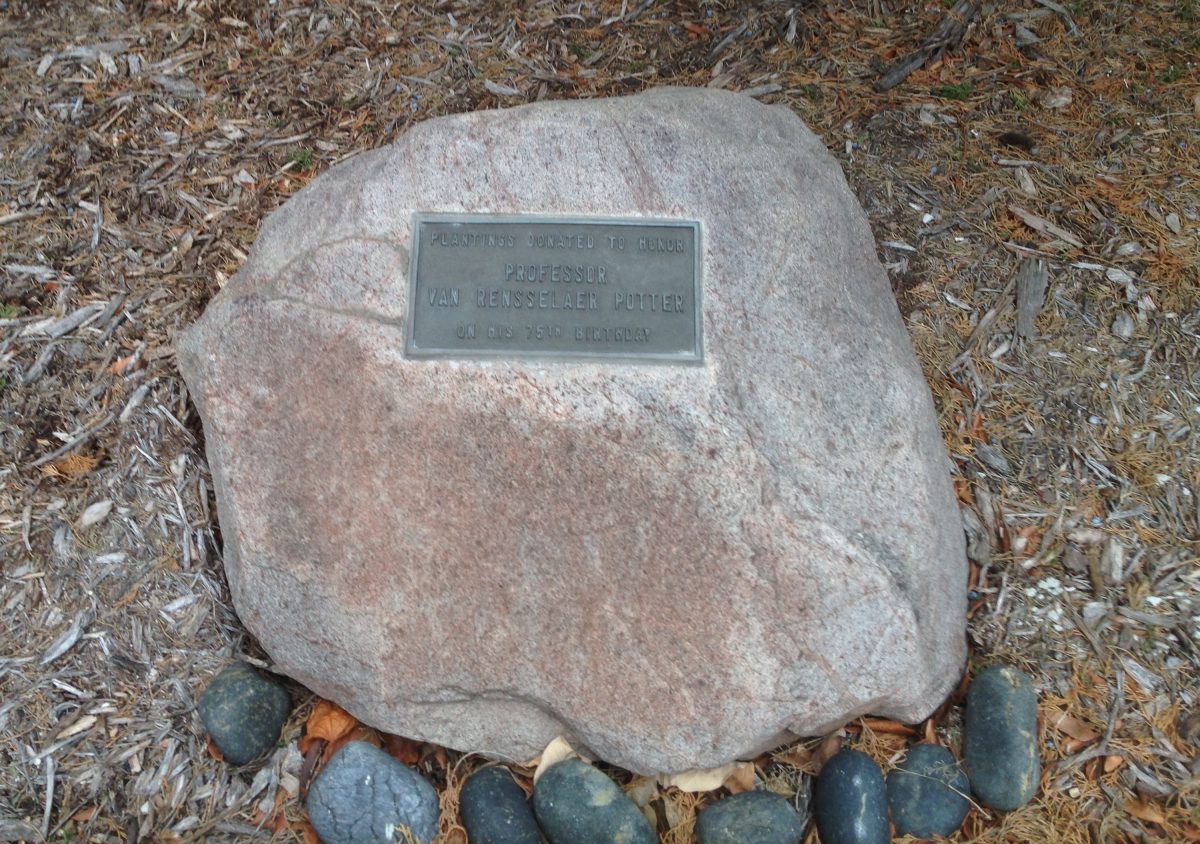 The McArdle Laboratory mourns the loss of Günter Blobel, Nobel Prize-winning cell biologist who discovered and characterized how proteins are targeted within cells. Blobel was one of the most successful graduates of UW-Madison’s long-running Cancer Biology Graduate Training Program, started in the McArdle Laboratory in 1952 as the first program in the United States to offer a Ph.D. in basic cancer research. Blobel received his Ph.D. in 1967, after training with Dr. Van Rensselaer Potter. He went on to doing groundbreaking research for five remarkable decades at the Rockefeller University in New York.

Blobel arrived at the McArdle Laboratory in 1964, having already received his M.D. from the University of Tübingen in Germany in 1960. At the time, Blobel’s brother was also studying at the University of Wisconsin, focusing on veterinary medicine.

In the Potter laboratory, Blobel studied how polysomes, groups of ribosomes that translate mRNA molecules into proteins, were localized within cells and how they attached to cellular membranes. Enthusiastic and communicative by nature, Blobel took full advantage of the resources available to him at the University of Wisconsin for interdisciplinary research, working with various other labs and departments on campus. For example, one of the groundbreaking papers included in his thesis represented a fruitful collaboration formed between Blobel and University of Wisconsin zoologist Hans Ris, who together used electron microscopy techniques to visualize polysome distribution patterns in rat liver cells.

In addition to his laboratory research, Blobel was also inspired by his mentor’s worldview and passion for education and outreach. Potter was a pioneer in the field of bioethics and emphasized the importance of humanity and beauty in approaching science. Blobel identified with this perspective and was highly committed to bettering the world both inside and outside of the lab. For example, both Blobel and Potter also shared a love of architecture. Potter actively supported Frank Lloyd Wright’s early proposal for Monana Terrace, while Blobel donated the entirety of his Nobel Prize winnings to the Friends of Dresden, a nonprofit he founded to rebuild and restore key parts of the city’s historic architecture destroyed during World War II.

“Günter was a free thinker, and the ideas he developed were new and original,” said Dr. William Dove, now Professor Emeritus of Oncology but a relatively new McArdle faculty member during Blobel’s time at Wisconsin. “In the early 70’s, how proteins are localized within cells wasn’t a hot topic of discussion; many scientists were more focused on elucidating the genetic code and regulating gene expression. How the parts of the cell were assembled and organized was a new area that Günter led molecular biologists to explore.”

After leaving Wisconsin for Rockefeller, the research Blobel conducted in Potter’s lab laid the foundation for decades of groundbreaking work in protein targeting. Blobel’s dedicated work ethic and creative approach to science guided him throughout a highly celebrated career.

“Even towards the end of his career, when I talked to Günter he would always have a new idea of his own,” says Dove. “He was always a free thinker and knew that to be a good scientist you have to prepare to be wrong.”