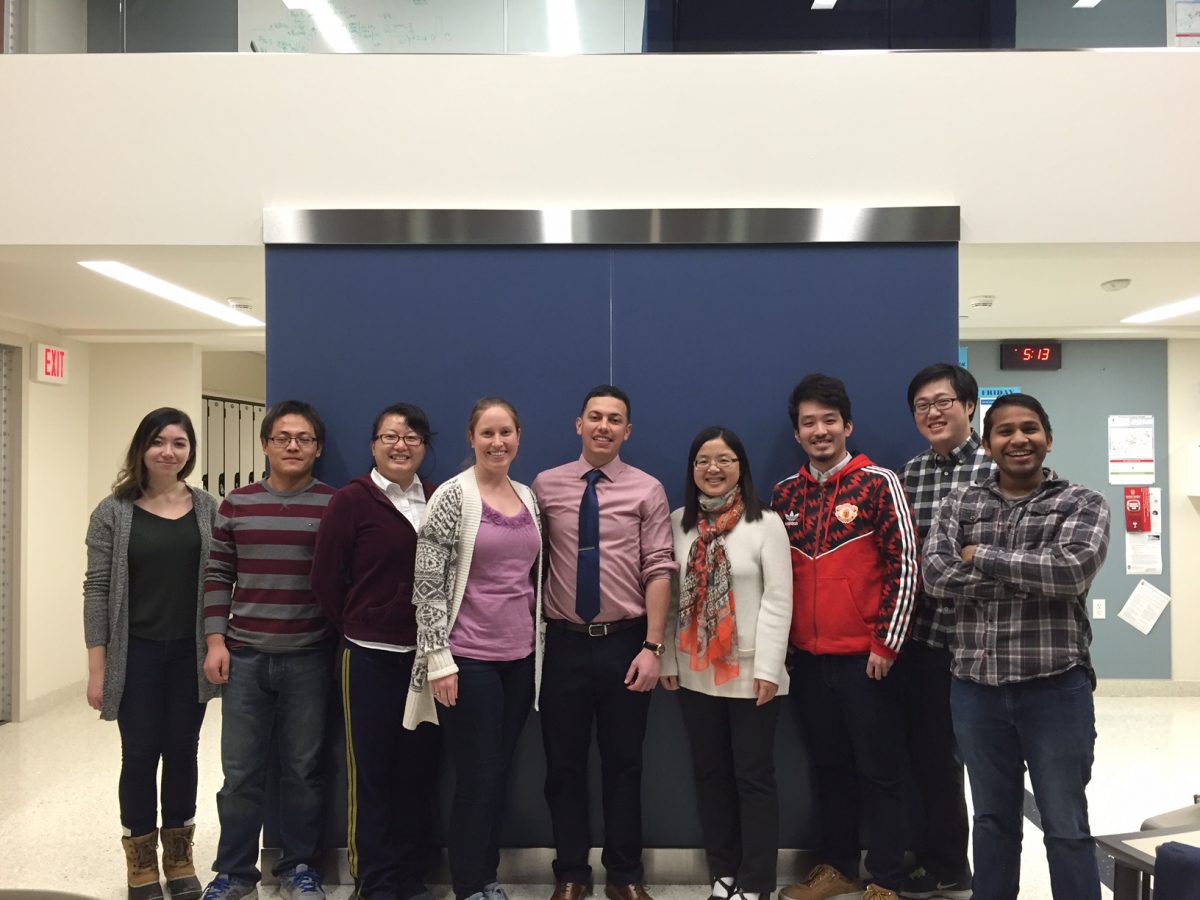 As cells with a propensity for cancer break down food for energy, they reach a fork in the road: They can either continue energy production as healthy cells, or shift to the energy production profile of cancer cells. In a new study published on Oct. 23, 2017 in the journal Nature Cell Biology, University of Wisconsin–Madison researchers map out the molecular events that direct cells’ energy metabolism down the cancerous path.

The findings could lead to ways to interrupt the process.

“Cancer cells often change their nutrient utilization and energy production, so many efforts are being made to develop drug inhibitors of cancer cell metabolism to starve them,” says senior author Wei Xu, the Marian A. Messerschmidt Professor in Cancer Research at the UW Carbone Cancer Center and McArdle Laboratory for Cancer Research. “We have found that inhibiting a chemical modification of a cancer-associated metabolism protein is enough to inhibit the aggressive nature of cancer cells.”

Cancer biologists have identified nearly a dozen “hallmarks of cancer,” or large-scale changes that send a precancerous cell over the tipping point to become a cancerous one. One hallmark of cancer is the loss of properly regulated energy metabolism, a process referred to as the “Warburg effect” after the Nobel laureate, Otto Warburg, who identified it.

Other hallmarks of cancer include continuous activation of growth pathways, the inability to respond to signals that put the brakes on cell growth, and a gain of invasion and spread to distant organs.

“My lab studies a protein, CARM1, which is associated with worse outcomes in breast cancer patients, though it has also been found expressed in many other cancer types,” Xu says. “CARM1 chemically modifies its target proteins to alter their function, and in doing so directly leads to the activation of several hallmarks of cancer.”

In the study, Xu and her colleagues found that CARM1 protein modifies a cell metabolism protein, PKM2, and changes its function. This drives the Warburg effect, activating a hallmark of cancer. Nearly a decade ago, researchers found that PKM2 was expressed at high levels in cancer cells, but how these levels translated to more aggressive cancers was not known.

So, Xu and colleagues performed a protein interaction assay in a breast cancer cell line and found that CARM1 interacts with and chemically modifies PKM2.

They also assessed whether CARM1-directed modifications of PKM2 might be responsible for leading cells down a cancerous pathway. By engineering cells to express “normal” PKM2 or a mutated form that was not modifiable, the researchers learned that PKM2 appears to be the deciding factor in picking the direction cell metabolism takes at that fork in the road. The CARM1-modified PKM2 shifted cells toward the cancer cell metabolism path while cells with PKM2 that could not be modified took the metabolic path associated with noncancerous cells.

With a clearer picture of how cancer cells shift their metabolism, the researchers next used a mouse model of breast cancer and a competitor drug that prevents CARM1 from effectively modifying PKM2 to test what would happen.

“When we block PKM2 modification by CARM1, the metabolic energy balance in cancer cells is reversed, and we see a decrease of cell growth and cell spreading potential,” Xu says. “This study, then, identifies another therapeutic target to help reverse several hallmarks of cancer.”

In addition to targeting PKM2 modification by CARM1, Xu’s lab is investigating how CARM1 recognizes all of its many target proteins, with the goal of disrupting those protein modifications from driving aggressive cancers.

Xu’s research colleagues include postdoctoral fellow and lead author Fabao Liu, and co-investigators Shaoqin Sarah Gong and Lingjun Li. Gong’s group engineered the unique nanoparticle that allowed for the delivery of the PKM2 competitor, and Li’s group identified where the PKM2 protein was modified by CARM1.

This article was originally published at https://www.med.wisc.edu/news-events/new-study-shows-how-cells-can-be-led-down-non-cancer-path/51459