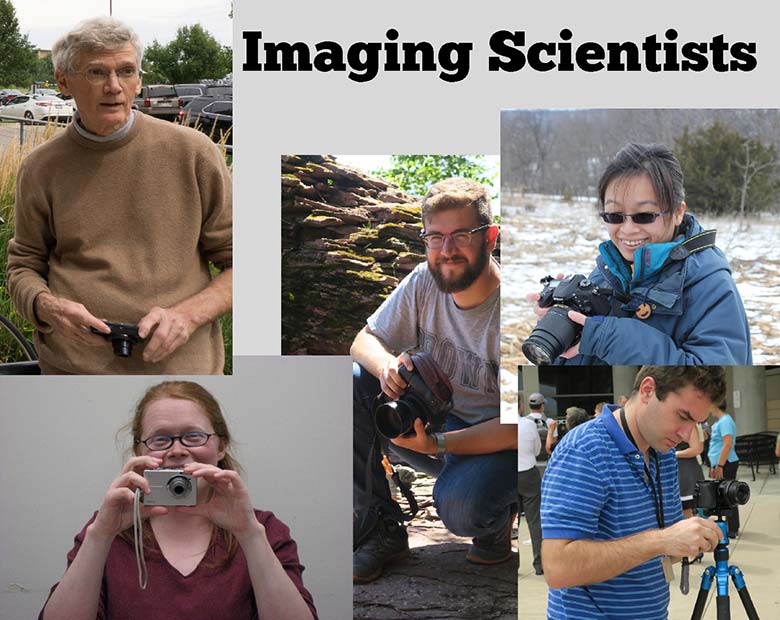 Kaposi’s Sarcoma Herpesvirus (KSHV) causes tumors in people, often among those who are immunocompromised. It is related to Epstein-Barr Virus (EBV) which is a human tumor virus, too. Both viruses maintain their DNAs as plasmids in tumor cells.

We had developed a means of tracking EBV plasmids in live-cells over multiple generations by engineering them to bind a fluorescent protein.  We had thereby discovered that EBV plasmids had a defect in their synthesis and were partitioned quasi-faithfully to daughter cells (Nanbo et al. EMBO J. 2007). I suggested to Kathryn, a graduate student early in her studies, that she use the same approach to study the plasmid replication of KSHV, assuring her that it might not be “novel” because it would be just like EBV but it should be straight-forward.

Ten years later the combined efforts of five of us, Ya-Fang, Arthur, Kathryn, Mitch, and I led to this paper demonstrating how wrong I was!

KSHV does have a defect in its DNA synthesis but clusters some of its plasmids, leading not only to these clusters being inherited as units, but also partitioning randomly. This clustering was observed in live-cell, fluorescent images in which some signals grow in intensities more than four-fold during sequential cell cycles, but also partition randomly. We found that this clustering was mediated by the sole KSKV protein required for DNA synthesis which tethers KSHV to nucleosomes on host DNA and to nucleosomes on other KSHV plasmids as depicted in the cartoon. 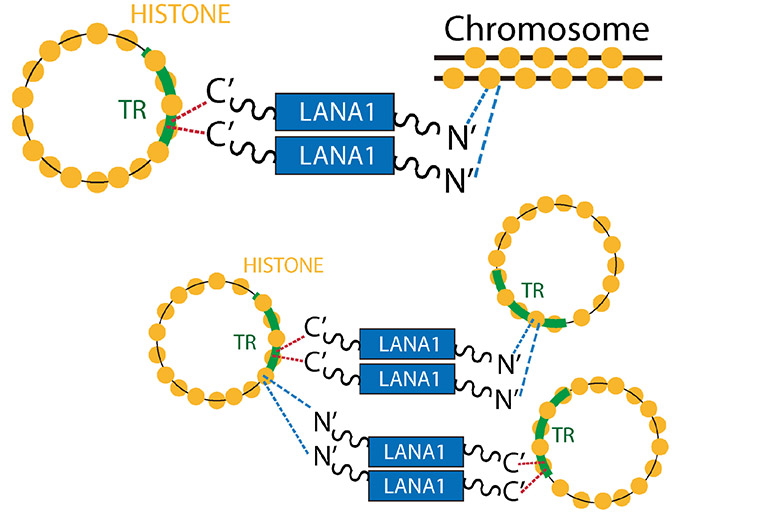 This cartoon figure represents our model for how KSHV’s encoded protein, LANA1, not only binds the TRs of KSHV1 DNA and tethers it to nucleosomes on host chromosomes but also tethers KSHV genomes to KSHV genomes by tethering to the nucleosomes on each of these KSHV plasmid DNAs.

The mechanisms by which these tumor viruses partition their DNAs not only are virus-specific but also offer specific targets for therapeutic intervention because another insight of these studies is that each virus provides the tumors it causes essential advantages.

Read the paper in the Journal of Cell Biology: