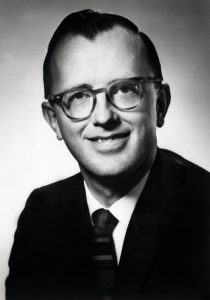 It is with great sadness that I let you know that our respected colleague Dr. Henry Pitot passed away last week while on a trip to Aspen, CO for a family gathering. Henry served the McArdle Laboratory and the University of Wisconsin-Madison with devotion and grace throughout his long career of over 60 years. He epitomized collegiality, and his contributions to the cancer research community are everlasting. Below is a brief tribute. For additional information, please see his obituary at: https://www.ryanfuneralservice.com/obituary/Henry-PitotIII. I also wish to alert you to a series of oral history podcasts that arose from interviews with Dr. Pitot made in 2013.  Se​e following link: https://minds.wisconsin.edu/handle/1793/66873 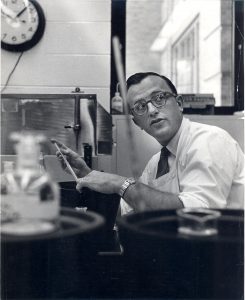 Dr. Henry C. Pitot was a world leader in the field of carcinogenesis, a well-respected teacher and mentor, an accomplished administrator, and a valued colleague. He served as the Director of the McArdle Laboratory (Chair, Department of Oncology) from 1973-1991. With his Associate Director Betty Miller, he led the McArdle Laboratory for Cancer Research into the modern era of cancer research ensuring that scientists had the necessary tools to carry out their research and maintaining the collegial spirit for which McArdle is known. It is on the shoulders of such giant contributors that McArdle was built. He will be missed.

Dr. Pitot completed his undergraduate studies at the Virginia Military Institute, Lexington, VA, and received M.D. and Ph.D. degrees from Tulane University School of Medicine in New Orleans. He came to Wisconsin in 1959 to carry out postdoctoral research in the laboratory of Dr. Van R. Potter at the McArdle Laboratory for Cancer Research and by 1960 joined the faculty at McArdle as an Assistant Professor. He remained at McArdle for his entire career, although he had numerous offers to go elsewhere. In addition to his administrative role at the McArdle Laboratory, he served as Chair of the Department of Pathology (1968-1971) and as Acting Dean of the University of Wisconsin-Madison Medical School (1971-1973). Dr. Pitot achieved Emeritus status in 1999 but continued to read histopathology slides for his colleagues and maintained several collaborations. 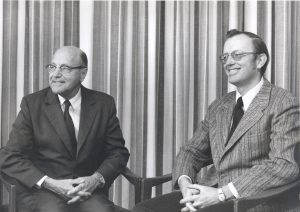 Dr. Pitot carried out ground-breaking research in the molecular biology of multistage carcinogenesis, authoring or coauthoring over 500 scientific papers. His pioneering studies on the regulation and quantitation of defective gene expression in the stages of initiation, promotion, and progression of liver cancer have provided fundamental insights into multistage carcinogenesis. His early studies demonstrated that the environmental regulation of gene expression in primary and transplanted hepatocellular carcinomas was defective and significantly different from that in normal and host liver (Annu. Rev. Biochem., 35: 335-368, 1966). These observations led to the development of methods for the identification and quantitation of preneoplastic lesions in the livers of carcinogen-treated rodents (Nature, 271: 456-458, 1978; Cancer Res., 42: 465-472, 1982). Analysis of the growth and development of these precursor lesions has made it possible to discriminate between the initiating and promoting activities of environmental chemicals or drugs (J. Toxicol. Environ. Health, 16: 389-402, 1985) and to compare directly their biological potencies (Environ. Health Persp., 76: 49-56, 1987). Such studies have shown that the dose-response for promoting agents is non-linear and that the biological activities of promoting agents vary over eight orders of magnitude. These discoveries have important implications for our ability to identify potential carcinogens and to evaluate the risk they pose for the human population. In parallel Dr. Pitot and his colleagues made seminal contributions to isolating and maintaining strains of hepatocytes in culture (J. Cell. Physiol., 147: 495-504, 1991; In Vitro Cell. Dev. Biol. 31: 867-870, 1995). These studies provide the basis for characterizing those cells that metabolize the bulk of the carcinogenic compounds to which we are exposed. 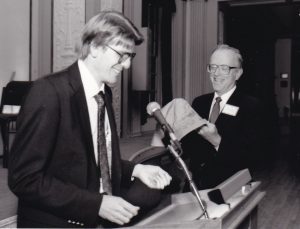 Dr. Pitot was a respected teacher and mentor on this campus and an advocate for young investigators in cancer research. He served as a mentor to over 100 graduate students and postdoctoral trainees who went on to productive careers in academic or industrial research. He successfully competed for an American Cancer Society Institutional Research Grant for UW-Madison for almost 30 years. This grant benefited hundreds of young scientists by bringing “seed” money to support promising new projects in cancer research. He taught thousands of undergraduate, graduate, and medical students through many different forums. Dr. Pitot’s course, Oncology 401, which he taught with distinction for over 25 years, continues to be a popular choice for undergraduates and beginning graduate students. His textbook, “Fundamentals of Oncology”, was an outstanding introductory text for students interested in basic cancer biology. In addition to didactic teaching, Dr. Pitot was an active participant in clinical service and teaching, both as a pathologist at the Veteran’s Hospital and as an instructor in Neoplastic Diseases (medical school core curricula). 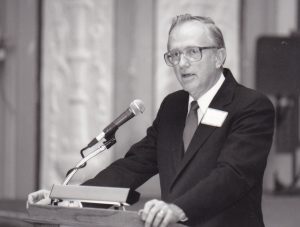 Dr. Pitot was a voracious reader of the scientific literature across many disciplines and served on the Editorial Boards for 13 professional journals. 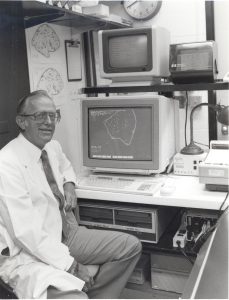 Dr. Pitot’s outreach work on behalf of the University of Wisconsin-Madison, the McArdle Laboratory for Cancer Research, and cancer research in general is almost unparalleled. He was one of those rare individuals with the capacity to bridge the gap between clinical medicine and basic research. This exceptional quality made him a sought-after collaborator and speaker and a very valuable member of our cancer research community. Over the years, he generously donated his time to discuss cancer research and cancer prevention with both local and national organizations. He was especially active in the American Association for Cancer Research, the American Cancer Society, and the Society for Experimental Biology and Medicine.

Although extremely humble, Dr. Pitot received numerous awards for his work. A few of those honors include the Parke-Davis Award for meritorious research in Experimental Pathology, Honorary Membership in the Japanese Cancer Association, the Distinguished Service Award of the American Cancer Society, the Founder’s Award of the Chemical Industry Institute of Toxicology, the Society of Toxicology Distinguished Lifetime Toxicology Scholar Award, the Gold-Headed Cane Award of the American Society for Investigative Pathology, as well as numerous recognitions from the University of Wisconsin-Madison and his alma mater Tulane University.

We will remember him not for these awards, but for his kindness and thoughtfulness, willingness to help others, and devotion to the McArdle Laboratory for Cancer Research and the University of Wisconsin-Madison. 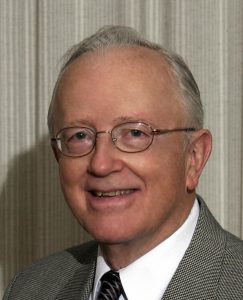 Although Henry dedicated his professional life to cancer research, faith and family were his highest priorities and brought him the greatest joy. He is survived by 7 children, 16 grandchildren and 8 great-grandchildren, as well as by many friends and colleagues. He was preceded in death by his beloved wife Julie (Schutten) Pitot in 2017 and his oldest daughter Beth Pitot/Hubbard, who passed away in 2004 at the age of 49 from breast cancer. Henry’s greatest regret was that science could not save Beth so she could live a long life.