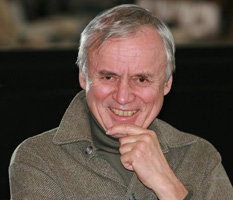 Bill Dove, in collaboration with other Wisconsin faculty, works part time at the university with longtime McArdle Researcher Linda Clipson. Two recent publications have explored the strategy of identifying molecular signals associated with early colonic neoplasia that are conserved from the mouse and rat to the human. These studies have discovered previously unknown fundamental processes. First, the report of Pleiman and colleagues identified a negative regulator of progression from the colonic adenoma to frank cancer. Second, Ivancic and colleagues discovered four serum proteins with altered levels in patients carrying growing pre-malignant colonic adenomas.

Bill actively follows and learns from the multifaceted research literature in cancer detection – at Wisconsin and across many disciplines worldwide. The questions that seed this learning process come from the body of science that has been built by the DoveLab at Wisconsin since 1965. In summary, these investigations, ranging from phage lambda to the syncytial protist Physarum to animal models and human patients, are centered on issues in biological replication. A recurrent theme is that of homeostasis in controlled growth, and its loss in cancer. For example, phage lambda replicates its DNA to enhance the formation of its prophage, but then represses the replication system in the latent state. Longitudinal observations of bacteria infected by phage lambda have found that, if this repressive system is lost, the cell carrying a newly established prophage fails to divide normally [Ohashi and Dove]. A second example of homeostasis has been found in timed observations of the synchronous nuclear divisions in the syncytium of the protist Physarum. Here, levels of the transcript for mitotic tubulin rise in anticipation of the synchronous nuclear mitosis and then fall precipitously after the completion of nuclear division [Schedl et al.]. Finally, in the two models developed in the laboratory for early colonic neoplasia — the Min mouse and Pirc rat — the early adenoma expresses elevated levels of the transcript for the phosphodiesterase that is gated by cyclic AMP (PDE4B). In the Min mouse, these adenomas increase in number when the Pde4b gene is mutated. In patients with frank colon cancer, the Pde4b gene is commonly silenced, losing its presumptive homeostatic negative regulation [Pleiman et al.] These examples of homeostasis across the biosphere are echoed in the realm of contemporary cancer genetics collected under the rubric of “tumor suppression”. Will a deep, detailed understanding of tumor suppression help to manage the scourge of cancer in our society?

One broadly recognized response to the challenge of cancer is to develop early detection followed by targeted surgery. The report by [Ivancic et al.] illustrates a small step in this direction. A community of complementary scientific approaches at Wisconsin has created this advance: genetic models from two mammalian genera; quantitative proteomic analysis of sera; longitudinal virtual colonoscopy; and polypectomy in the GI clinic. Will these methods and others continue to join together across the University to reveal the range of human cancer over which the “detect early and excise” strategy can function to limit the toll of the disease?

An extended DoveLab website [https://dove.mcardle.wisc.edu/] provides links to selected publications from the lab. The site presents an appreciation of the range of experimental organisms and methods from the community of science that has sustained this research. Most important, the site appreciates the roles of many collaborators at the University of Wisconsin and colleagues in the field. These people have provided the camaraderie that has brought joy to the hard work performed together over these fifty-plus years. 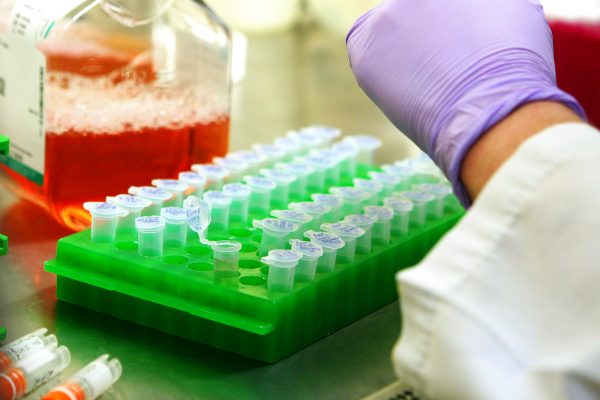 For More Information on the Dove Laboratory